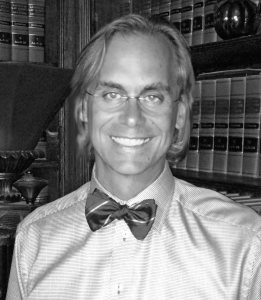 Mr. Stephen L. Pettler, Jr. is an attorney who maintains a nationwide practice representing clients in complex business litigation and transactional matters. He is the managing member of Harrison & Johnston, PLC in Winchester, Virginia. Mr. Pettler serves as general counsel for a number of national businesses, as well as local counsel to national and multi-national companies in Virginia. Mr. Pettler has closed scores of multi-million dollar business transactions and litigated cases throughout the country. He was recently recognized as a rising star SuperLawyer by Richmond Magazine and Virginia Law and Politics Magazine.

Mr. Pettler was educated at the European Business School at Regents College, London and the University of Virginia in Charlottesville, Virginia. He received his B.A. in English Language and Literature from UVa. in 1990. Mr. Pettler was graduated from the University of Pittsburgh School of Law, Pittsburgh, Pennsylvania in 1994 and while there participated in a joint program with MBA students at the Carnegie-Mellon University Tepper School of Business.

Mr. Pettler serves on the boards for numerous charity, civic and industry organizations. Most recently Mr. Pettler has served as a member of the Board of Directors for the Home Builders Association of Virginia on its Legislative Committee and as a Trustee of HBAV’s BuildPac. Mr. Pettler has also recently acted as counsel to The Center for the New American Dream and provides pro bono counsel to several non-profit organizations.

Mr. Stephen L. Pettler, Jr. lives in Frederick County, Virginia with his wife, Julie Carestio Pettler, and their three daughters, Zoe, Olivia and Sophia. He is an avid outdoorsman. Mr. Pettler is also a writer of short fiction and poetry.